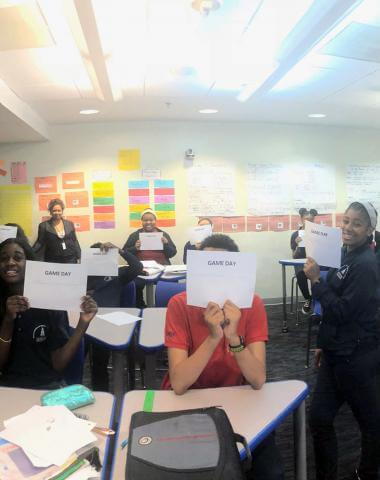 HUSOE was awarded a grant from the United Nations Office of Drugs and Crime (UNODC) Education for Justice (E4J) Initiative to develop an educational board game that focuses on deterring secondary school students from veering down the path of radicalization and violent extremism. The team is led by Dr. Helen Bond, Associate Professor of Curriculum and Instruction and contributing author of the Teacher’s Guide on the Prevention of Violent Extremism. The Guide is UNESCO’s first contribution to the implementation of the UN Secretary-General’s Plan of Action to prevent violent extremism, announced in January 2016.

The grant team also consists of Dr. Celeste Malone of Howard University, Dr. Bernadine Barr of the University of Maryland, attorney and juvenile justice expert, Ms. Chanel Jefferson, and Mr. Omar Mohammed, the Executive Director and Founder of ‘A Common Future’ and the National Coordinator of UNESCO’s Associated Schools. UNODC among other organizations is committed to supporting the commitments made in Doha, that is, to promote a culture of lawfulness and to seek comprehensive approaches to countering violence in all its varied forms.